Abstract: This talk will explore the specific ways in which the legal discipline appropriated the science of the soul in the Mediterranean, with especial attention to al-Andalus and the university of Paris in the 12th and 13th centuries. Whereas I am interested in the Middle Ages, I think that this process of appropriation is still ongoing, and I will give some attention to contemporary legal artifacts that deal with the connection of the legal discipline and the science of the soul, including the Spanish Law of Historical Memory, and the project of Forensic Architecture.

Bio: Jesús Rodríguez-Velasco teaches Medieval and Early Modern Studies at Columbia. He has taught at the University of California, Berkeley, Universidad de Salamanca, Université de Paris III (Sorbonne Nouvelle), and the École Normale Supérieure (Lettres et Sciences Humaines). Among his publications are books and articles on Medieval and Early Modern knighthood, history of the book and reading, medieval political theory, law and culture, Occitan poetry, etc. He is one of the executive directors of the Journal of Medieval Iberian Studies and a member of the MLA Committee on Scholarly Editions. He was the recipient of the 2010 John K. Walsh award for his article "La urgente presencia de las Siete Partidas".

Abstract: One of the striking things about the archaeology of Britain is the omnipresence of the bodies of still-born or newborn infants in the burial record of the late-Roman period, and their archaeological invisibility after the Roman state's withdrawal c. 400.  The treatment of little corpses, so I will be arguing, can help us identify some of the profound transformations in the lived experience and thought worlds of people in Britain first under and then after Rome that are completely unwitnessed by texts.  The changing treatment of the infant dead hints at broad cultural and cosmological shifts as Britain moved from Roman to early medieval.

Bio:  Robin Fleming has written three books and several dozen articles on the political history of viking, Anglo-Saxon, and Anglo-Norman England; late-Roman and early medieval material culture and osteoarchaeolgy; historical writing in the early Middle Ages; English law before the Common Law; Domesday Book; and nineteenth-century medievalism.  She is currently investigating Britain in the century before and after Rome's fall, in order to determine how Roman ways of life, identity, burial, and status-marking changed once the Roman economy collapsed and connections to the wider Roman World began to unravel.  She has received grants and fellowships from the National Endowment for the Humanities; the Harvard Society of Fellows; the Bunting Institute; the Institute for Advanced Study, Princeton; the Radcliffe Institute of Advanced Studies at Harvard University; and the Guggenheim Foundation. She was a 2013 McArthur Fellow.

Abstract: This talk will focus on ecclesiastical recycling  - on how medieval Catholic objects negotiated the passage to the Reformation by being remodelled and repurposed for alternative, often profane use - and explores the significance of this process in the realm of memory.

Bio: Alexandra Walsham is Professor of Modern History at the University of Cambridge. Her research interests fall within the field of the religious and cultural history of early modern Britain and focus on the immediate impact and long-term repercussions of the Protestant and Catholic Reformations set within their European context. She has published extensively on a range of themes, including post-Reformation Roman Catholicism; religious tolerance and intolerance between 1500 and 1700; providence, miracles and the supernatural in post-Reformation society and culture; the history of the book, the advent of printing, and the interconnections between oral, visual and written culture; religion and the landscape; the memory of the Reformation; age, ancestry and the relationship between religious and generational change.

She is co-editor, with Matthew Hilton, of the journal Past and Present, and has served as General Editor of the Past and Present Book Series and Past and Present Supplements (OUP). She is one the Series Editors of Cambridge Studies in Early Modern British History (CUP) and also serves on the editorial boards of a number of other journals, including Archiv fur Reformationsgeschichte, Journal of Ecclesiastical History, and British Catholic History. She is currently Chair of the Advisory Board of the Institute of Historical Research.

Scott Bruce (University of Colorado, Boulder): "The Dark Age of Herodotus: Shards of a Fugitive History in Medieval Europe"

Bio: Scott Bruce is an historian of religion and culture in the early and central Middle Ages (ca. 400-1200 CE). He is a specialist on the history of the abbey of Cluny.  His first book, Silence and Sign Language in Medieval Monasticism: The Cluniac Tradition (c. 900-1200) was published in 2007 by Cambridge University Press (UK). This book explores the rationales for religious silence in early medieval abbeys and the use of nonverbal forms of communication among monks when rules of silence forbade them from speaking. His second monograph, Cluny and the Muslims of La Garde-Freinet: Hagiography and the Problem of Islam in Medieval Europe, was published by Cornell University Press in 2015. This book is a study of the representation of the Muslims of La Garde-Freinet in Cluniac hagiography in the eleventh century and the influence of these depictions on polemical works written against Islam by Abbot Peter the Venerable of Cluny in the twelfth century. Professor Bruce has recently translated a collection of medieval Latin ghost stories for Penguin Classics: The Penguin Book of the Undead: Fifteen Hundred Years of Supernatural Encounters from the Romans to the Renaissance. His new book, The Relatio metrica de duobus ducibus: A Twelfth-Century Cluniac Poem on Prayer for the Dead (co-authored with Christopher A. Jones) will be published by Brepols this winter. 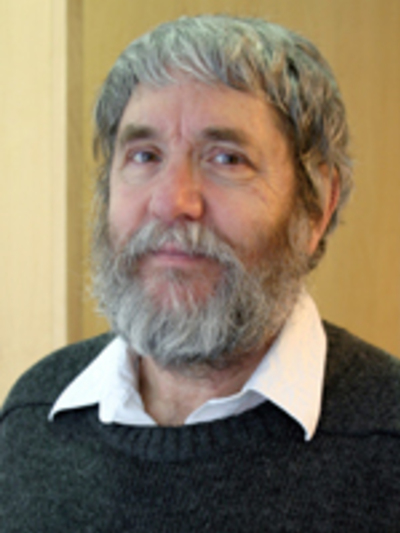 Abstract: On the eve of May Day, 1517, rioting Londoners rose up in the night and attacked the homes and persons of strangers. From about nine o'clock the night of 30 April, the rioters ran through the streets of the City, targeting areas in which stranger artisans and merchants were known to live and work. By three in the morning, the riot had run its course and the City officials had re-established a precarious order. Although a later ballad portrayed Evil or Ill May Day, as the riot came to be known, as a "bloody Slaughter" of strangers, with the drainage channels in the streets running with blood, all the evidence suggests that no strangers lost their lives in the attacks, damage being limited to assaults and the sacking of houses and shops. A close examination of this episode in its own early sixteenth-century context offers us an entrée into the complicated situation of the rioters' primary targets, the immigrant artisans, mostly Dutch, who lived in certain enclaves in the City, most numerously in the precinct of St. Martin le Grand. If the attacks they suffered on Evil May Day were hardly typical of their daily lives, the sparks for the riots and the responses from City and crown were part of the larger complex of their existence at the margins of London civic life.

Abstract: Most late medieval images of the child Jesus present him with clues that make explicit the unusual nature of his being and his sacrificial mission. The interpretive framework most often applied to such depictions is the so-called Proleptic Passion, that is, the anachronistic manifestation of Christ’s death in scenes of his infancy – a conflation of the beginning and end of his human life. This paper examines several fifteenth-century prints of the Christ Child that include references to the Passion, ranging from subtle to overt: a seemingly innocent pose of sleep, the presence of the Arma Christi (usually the cross, the lance, or the crown of thorns), or even the wounds of the crucifixion. Especially fascinating is a little-known German woodcut of the Christ Child holding the sudarium, the cloth miraculously imprinted with the face of his adult self on the way to Calvary. Interpreted counter to the dominate model of the Proleptic Passion, this modest print proves to be a nuanced commentary on time and knowledge – both earthly and divine. Instead of simply collapsing time in a forward direction (present to future), the image also moves backward (present to past), as well as in both directions simultaneously. In the logic of the pictorial situation, the Christ Child unfurls his own image and thus reenacts the dynamics of the Incarnation, revealing his power (and identity) not only as Savior but also as Creator, as God the Father.

Bio: David S. Areford is Associate Professor of Art History at the University of Massachusetts, Boston.  He is the author of The Art of Empathy: The Mother of Sorrows in Northern Renaissance Art and Devotion (2013) and The Viewer and the Printed Image in Late Medieval Europe (2010). He is coauthor of Origins of European Printmaking: Fifteenth-Century Woodcuts and Their Public (2005); and coeditor of Excavating the Medieval Image: Manuscripts, Artists, Audiences (2004). He has published articles in Studies in Iconography and chapters in From Minor to Major: The Minor Arts in Medieval Art History (2012), The Woodcut in Fifteenth-Century Europe (2009), and The Broken Body: Passion Devotion in Late-Medieval Culture (1998). His current book project is Strict Beauty: Sol LeWitt Prints.