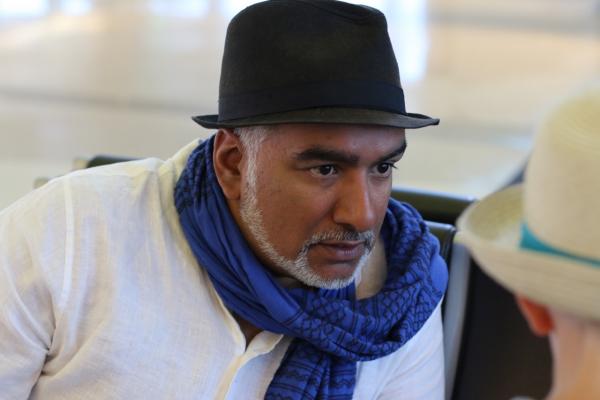 Iqbal Khan’s lecture on “The Problematic Privilege of Interpreting the Bard" will discuss the constellation of ideas around Shakespeare and the construction of systems of power—and the construction of identity. “I don’t see any ‘agenda’ here on the part of the ‘Bard’,” Khan says, “but a series of provocations and interrogations.” In his lecture, Khan will draw on his decades of experience in directing Shakespeare—and theatrical afterlives of Shakespeare’s work—in venues as diverse as the Royal Shakespeare Company, Shakespeare’s Globe, Box Clever, and the Birmingham Opera Company. He will discuss his decisions around interpretation, storytelling, working with actors, and working with and for audiences.

Iqbal has worked extensively in Drama Schools including the Royal Welsh College of Music and Drama (RWCMD), the London Academy of Music and Dramatic Art (LAMDA), Royal Academy of Dramatic Art (RADA) and BSD. He has directed in Paris, Japan, the UK, and held residencies and delivered lectures at institutions including Michigan State University and Lafayette College. He was the Michael Douglas Visiting Artist last year at the University of California, Santa Barbara.

Iqbal was also recently made an Honorary Doctor of Arts at De Montfort University.

Captioning will be provided for this event. If you require other accommodation to participate, please contact cmrs@osu.edu. Requests made by about 10 days before the event will generally allow us to provide seamless access, but the university will make every effort to meet requests made after this date.

Co-sponsored by the Center for Medieval and Renaissance Studies, the Department of Theatre, Film and Media Arts, the Humanities Institute (Asian Futures Project), the South Asian Studies Initiative, and the Global Arts and Humanities Discovery Theme.